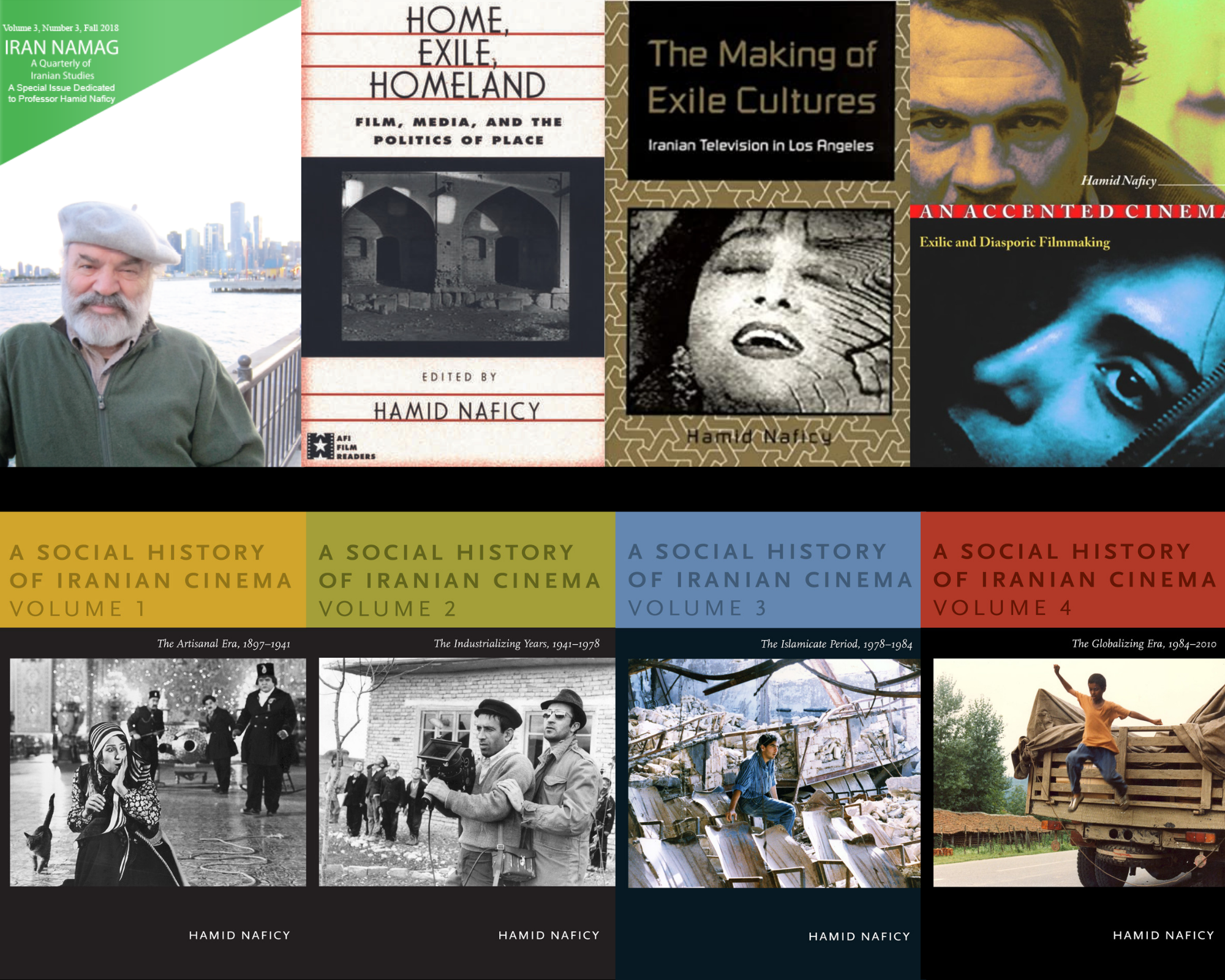 Hamid Naficy, a core faculty member of the MENA Studies Program from its inception and Professor of Radio/Television/Film at Northwestern, is a pioneering scholar of Iranian and world cinema, exile and diaspora studies, media and cultural studies, and global Iranian studies.

His books include The Making of Exile Cultures: Iranian Television in Los Angeles (1993),  Home, Exile, Homeland: Film, Media, and the Politics of Place (1999), An Accented Cinema: Exilic and Diasporic Filmmaking (2001), and the four-volume A Social History of Iranian Cinema, which has been called “a landmark achievement.”

On Thursday June 2 and Friday June 3, we are hosting an international gathering to celebrate Naficy’s career and intellectual legacies, to honor and reflect on his towering contributions to multiple fields. The gathering will include three panels, a keynote address, film screenings, personal testimonials, and more.

Thursday June 2
REGISTER on Eventbrite
This event is free of charge and open to the public, but registration is required to guarantee a seat.

9:00 AM — 9:15 AM
Opening remarks by Rebecca Johnson, Director of the MENA Studies Program

The Block Museum of Art

Center for Global Culture and Communication

This program is made possible by Tamilla Ghodsi (WCAS ‘91) and Zuleika M. Ghodsi (WCAS ‘93), whose generous gift established the Iranian American Fund for Cultural Programming.