A Tribute to the Work of Hamid Naficy

The Fall 2018 issue of the bilingual Iranian Studies journal Iran Namag (published by the Department of Near and Middle Eastern Civilizations at the University of Toronto) is dedicated to the work of our very own Hamid Naficy, Professor in the Department of Department of Radio/Television/Film and a core faculty member of the MENA Program. 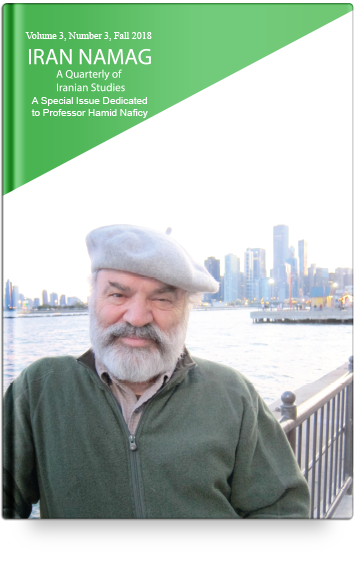 Through Thick and Thin: An Interview with Hamid Naficy
Kaveh Askari

Worlding with Images: Nexus between Art and Anthropology
Mazyar Lotfalian