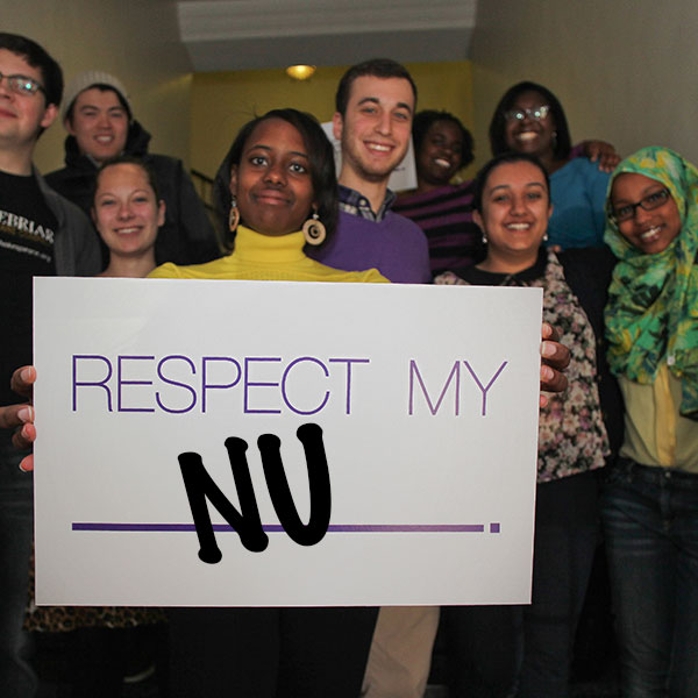 The Bias Incident Response Team (BIRT) is a group of Northwestern staff who are committed to creating a proactive response to instances of hate and bias. When a student reports a bias/hate incident through Respect NU, one of the BIRT members will support the student, connect them with the appropriate resources, and follow-up with them until the situation has been resolved.

If you are the victim of or witness to incidents of bias, harassment, or intimidation either on campus or off, regardless of whether the incident involves a student, staff member, faculty member, or someone not affiliated with Northwestern:

Report the incident to BIRT (Bias Incident Response Team) at Northwestern. They will talk with you about resources for your care, actions you can take, and possible outcomes. If you have questions about an incident, they can also help answer them.

Students: To report a bias/hate incident online, complete the Bias Incident Form. The form will be submitted to the Department of Campus Inclusion and Community.

Faculty and Staff: To report an incident online complete the Ethicspoint Form. Your message will be directed to the appropriate office for follow-up. Visit the Ethicspoint website.

Students: To report a bias/hate incident by phone:
The Department of Campus Inclusion and Community: 847-467-3419

Additional information can be found at http://www.northwestern.edu/nuhelp/ or on the NUHelp app (Download the NUHelp App).

If you are the victim of or witness to a hate crime, or what you think might be a hate crime:

If you are a refugee, immigrant, Muslim, and/or person of color and a victim of or witness to a hate crime, or what you think might be a hate crime, please contact:

Dedicated to promoting the rights of immigrants and refugees to full and equal participation in the civic, cultural, social, and political life of our diverse society.

IMAN’s organizing and advocacy agenda is driven by leaders who are directly affected by and deeply invested in the issues, and guided by the organization’s deep spiritual convictions around principles of human dignity, social justice and compassion, particularly for marginalized people of color in the inner-city. IMAN has effectively mobilized the larger Chicagoland Muslim community around several issues directly affecting the working poor living in the inner-city.

The mission of the Jewish Council on Urban Affairs is to combat poverty, racism and anti-Semitism in partnership with Chicago’s diverse communities. These relationships help to dissolve barriers of potential bigotry and ignorance and to foster a culture of genuine understanding and respectful discourse.

ADC is a civil rights organization committed to defending the rights of people of Arab descent and promoting their rich cultural heritage. ADC supports the human and civil rights of all people and opposes racism and bigotry in any form.

The Anti-Defamation League was founded in 1913 "to stop the defamation of the Jewish people and to secure justice and fair treatment to all." Now the nation's premier civil rights/human relations agency, ADL fights anti-Semitism and all forms of bigotry, defends democratic ideals and protects civil rights for all.

Founded in 1974, the Asian American Legal Defense and Education Fund (AALDEF) is a national organization that protects and promotes the civil rights of Asian Americans. By combining litigation, advocacy, education, and organizing, AALDEF works with Asian American communities across the country to secure human rights for all.

Since 1991, Asian Americans Advancing Justice (AAJC) has fought to create a seat at the table for Asian Americans in the national conversations that determine the policies that shape our lives. We educate lawmakers, the public, and the media about our diverse community and its needs. We advocate on behalf of our most vulnerable communities, as well as other minority communities whose liberation is essential to creating a more just society for all. We litigate in order to defend and promote the voices of Asian Americans and underserved communities on significant civil rights issues.

The Bridge Initiative is a Georgetown University research project that extends information about Islamophobia to the public, bringing together celebrated faculty, subject-matter experts, and seasoned researchers to examine attitudes and behaviors towards Muslims; dissect public discourses on Islam; and uncover the operational mechanisms of engineered Islamophobia in an effort to raise public awareness and enrich public discourse on this pernicious form of prejudice.

The Center for Constitutional Rights is dedicated to advancing and protecting the rights guaranteed by the U.S. Constitution and the Universal Declaration of Human Rights. Founded in 1966 by attorneys who represented civil rights movements in the South, CCR is a non-profit legal and educational organization committed to the creative use of law as a positive force for social change. CCR employs litigation, education, and advocacy to advance the law in a positive direction, to empower poor communities and communities of color, to guarantee the rights of those with the fewest protections and least access to legal resources, to train the next generation of constitutional and human rights attorneys, and to strengthen the broader movement for social justice.

Interfaith Youth Core is a national movement for interfaith cooperation, with a focus on college students.

Muslim Advocates is a national legal advocacy and educational organization that works on the frontlines of civil rights to guarantee freedom and justice for Americans of all faiths.

Network Against Islamophobia (NAI), a project of Jewish Voice for Peace, was created to serve as a resource to, and work with, JVP chapters and other groups interested in organizing against Islamophobia and anti-Arab racism and to be a partner to the broader, Muslim-led movement against Islamophobia. NAI facilitates online resource-sharing of FAQs, public letters, press statements, articles, and other materials. NAI has also developed curricula and resources for those interested in holding community workshops and becoming more knowledgeable, effective, and principled in our work.

Shoulder-to-Shoulder is a coalition of 32 religious denominations and organizations committed to standing with American Muslims to uphold American values.

The Southern Poverty Law Center (SPLC) is the premier U.S. non-profit organization monitoring the activities of domestic hate groups and other extremists – including the Ku Klux Klan, the neo-Nazi movement, neo-Confederates, racist skinheads, Christian Identity adherents and others. We’re currently tracking more than 1,600 extremist groups operating across the country. We publish investigative reports, train law enforcement officers and share key intelligence, and offer expert analysis to the media and public.

SPLC's Hatewatch monitors and exposes the activities of the American radical right.

The Alt-Right on Campus: What Students Need to Know