In January 2015, MENA established a partnership with Evanston Public Library as one of its new initiatives in community outreach. This collaboration is built around a series of lectures and public events, all of which are aimed at improving the public's understanding of the region and allowing the space for questions and discussion.

"Evanston residents are interested in the world, and in exploring and interpreting that world through a wide lens. The expertise and quality of Northwestern's MENA faculty and visiting faculty allows us to provide access to renowned academics exploring this region from a great variety of perspectives," said Karen Danczak Lyons, Director of Evanston Public Library.

"Northwestern's MENA program is dedicated to expanding knowledge about and facilitating discussion of a complex and frequently misunderstood region of the world. We are delighted to collaborate with the Evanston Public Library in our shared commitment to public engagement and outreach," said Brian Edwards, Director of Northwestern's Program in Middle East and North African Studies. 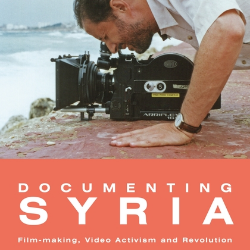 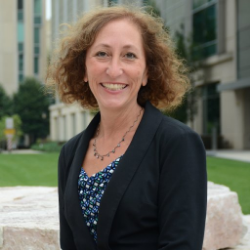 October 21
The Criminalization of Kindness: The Politics of Migrant Rescue across the Sahara and the Mediterranean
Galya Ben-Arieh, Northwestern University 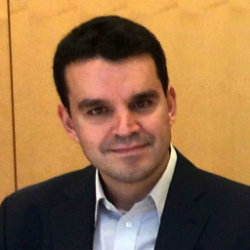 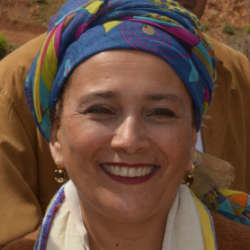 May 13, 2019
Refugees and Asylum Seekers — Telling their Stories, Understanding their Journeys (details)

March 4, 2019
War Is Coming: Between Past and Future Violence in Lebanon
Sami Hermez, Northwestern University in Qatar (NU-Q) (details)

June 4, 2018
Why is Sectarian Conflict on the Rise in the Middle East?
Danny Postel, Northwestern (details)

May 7, 2018
Religious Freedom in Arab States: Who Is Free and What Are They Free to Do?
Nathan Brown, George Washington University (details)

April 23, 2018
When Law is Not Enough: Controversies over Muslim Rights in the US
Tunisian political scientist Nadia Marzouki (details)

January 8, 2018
The Middle East and North Africa: 2017 in Review—and What to Look for in 2018
Marc Lynch, George Washington University (details)

December 11, 2017
The Risk of War with Iran: Will Trump Kill Obama’s Iran Deal?
A Talk by Trita Parsi (details)

November 13, 2017
Israel’s Occupation @ 50: What are the Prospects for a Future Solution?
A Talk by Israeli political scientist Neve Gordon (details)

October 2, 2017
We Crossed a Bridge and it Trembled: Voices from Syria
Wendy Pearlman, Northwestern (details)

May 22, 2017
The Afterlives of Torture: Executive Power versus International Law in the Age of Trump
Lisa Hajjar, University of California – Santa Barbara

November 30, 2015
After the American Century: The Ends of U.S. Culture in the Middle East
Brian Edwards, Northwestern

May 11, 2015
The History of Iranian Photography
Ali Behdad, University of California, Los Angeles

March 2, 2015
The Rise of Sectarianism in the Middle East in an Age of Western Hegemony: 1860-2014
Ussama Makdisi, Rice University

January 26, 2015
Diplomacy on the Front Lines in the Middle East
Nabeel Khoury, Northwestern