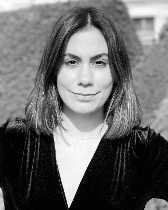 Area(s) of Research Interest: Xena Amro is a Ph.D. student in Comparative Literary Studies and Middle East and North African Studies. She is also the recipient of a Mellon Cluster Fellowship in Global Avant-Garde and Modernist Studies. Xena has a B.A. degree in English Literature from the Lebanese American University, which included an exchange semester at Barnard College of Columbia University in New York City as the Global UGRAD scholarship recipient. Her M.A. degree in English Literature from the American University of Beirut entailed an exchange year, funded by an Erasmus+ scholarship, at Uppsala University in Sweden. Her thesis, entitled “Paris in 1855 and 1922: Ahmad Fāris al-Shidyāq and James Joyce,” employs global modernist theories to investigate how Al-Sāq ‘alā l-sāq (Leg over Leg) already accomplishes many things claimed for one of the central texts of modernism, James Joyce’s Ulysses (1922), such as experiments in narrative form, its polyglot linguistic texture, and breadth of cultural and literary references. Her research focuses on the concept of foreignness, whereby a native language is made foreign to its own readers. Xena has a chapter contribution in an edited volume on al-Shidyāq to be published soon in Germany. Research interests include travelogues, global modernism, translation studies, modern Arabic literature, and twentieth-century European novels.